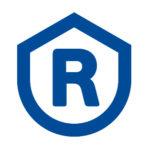 Many owners of a detached house often forget the fact that the rainwater drain and underdrainage systems of their house are separate systems. Under no circumstances should rainwater be drained into the weeping drains. If you do this, the system that was originally designed to keep the house dry will become a system that keeps the foundation and base floor of the house constantly wet. Special attention is paid to this during condition inspections, and fortunately this often makes the owner of the house understand the importance of the matter.

In a well-made underdrainage system, the weeping drains meet the rainwater at a gully located farther away from the building, from which the water should go either to the municipal rainwater system or to an open ditch. Installing a no-return valve in the gully is a good idea to ensure that the water will flow in the correct direction during heavy rainfall, for example.

There should be a weeping drain manhole at every corner of the house. The current regulations dating back to 1999 require the installation of manholes for inspecting the weeping drains. In many cases, the owners of houses that were built before this time do not even know whether there are manholes, and it is possible that manholes were never built.

Sometimes not even the drawings indicate whether there are manholes or not. This is further complicated by lack of clarity as to who was charged with drawing up the underdrainage system drawings. The foundation design engineer has often been under the impression that it was part of the HVAC design engineer’s responsibility area and vice versa. In many cases, the building authority did not require underdrainage system drawings. The final result can be that no drawings were made at all.

If there are no plans, it will be difficult to find out whether the underdrainage system is functional or whether the building even has weeping drains at all. The only way to do this is to dig a test hole 30–40 centimetres from the plinth and check that there is a weeping drain where it belongs. Fortunately, manholes can also be retrofitted.

I once saw a dispute after a property transaction where the contractor had installed manholes but had not installed any pipes between them. There is no way to notice such an error during a visual inspection; it can only be detected once the manholes have been flushed and inspected with a camcorder.

Selecting the correct backfill is important

Weeping drain pipes must be installed in compliance with the instructions, below the building’s foundation base. If the soil is clay, a filter cloth must be placed at the bottom of the pit to prevent the clay from rising into the crushed stone and gravel placed around the pipe.

Fine-grained sand is not a suitable material around weeping drain pipes, as it can easily block the pipes. Coarse gravel or crushed stone is the best backfill. The instructions on using grain size 5–20 mm in the RT card date back to the year 1943, but in reality Finns have used as backfill any soil that has been most readily available.

In particularly steep slopes, for example, a separate underdrainage system pumping plant is necessary to drain the water into the municipal network. If you choose to acquire a pump, you must also acquire an alarm system for it.

I have sometimes come across cases where, due to the lack of an alarm system, a pump failure has been detected too late. The weeping drains have filled with water, which at worst has filled the entire crawlspace of the house, or the water has entered the basement while the owners were on holiday, wetting the lower parts of the wall and the floors. In the latter case, two pumps had been used to ensure proper performance of the pumping system. Unfortunately, the pumps had been connected in a socket covered by a single fuse, and the second pump was useless.

Functionality of the underdrainage system should be monitored from the manholes every spring once the snow has melted and in the autumn when it rains heavily. If the pipes remain above the water level, the pipes are not completely blocked. If the pipes are below the water level, however, the weeping drains are probably not draining water properly; this may be due to a blockage, for example. Over time, there is the risk of moisture entering the structures. In such a case, the system should be inspected by means of video imaging and by digging a couple of test holes up until the foundation base.

The system can also be tested by allowing water to flow from a garden hose into the topmost manhole and seeing how the water flows through the lower manholes. This method can be used if there is sufficient pressure. However, this test is usually useless with the garden hose of a small house, because there is not enough pressure in the system.

The flow of water through the pipes only proves that the pipes are not blocked, though. In clay soil in particular, frost can lift or lower the pipes between the manholes, leaving a pit in the pipeline that disrupts the water flow. I myself have always inspected the weeping drains with a camcorder when settling a dispute. I have noticed that almost without exception, there are problems with underdrainage systems installed before the year 2000, and such problems can only be revealed by digging test holes and video imaging the weeping drains.

According to guideline card on technical service lives and maintenance schedules of building elements (KH 90-00403), the estimated technical service life of an underdrainage system that was installed prior to 1999 is approximately 40 years. If there are no manholes, the service life is considered to decrease by 25%, i.e. to approximately 30 years. If the weeping drains have not been inspected or replaced since the beginning of the 1980s, these measures should be performed as soon as possible.

You should always invest in proper planning when repairing an underdrainage system. To obtain the necessary initial data for design, digging some test holes before planning is wise. There are many different soil types, and test holes are an easy way to determine whether there are any bedrock areas on the plot of land, for example. Plans prepared by an expert also ensure that contractors can make comparable offers. It is not a bad idea to hire an external supervisor, either. All the work stages, people doing the work and supplies should be documented. If you want to sell the house years later, it will be very difficult to determine what kind of an underdrainage system the house has and what was done during the renovation if there is no documentation.

Rainwater should be drained away from the sides of the building

One very common cause of humidity damage is the fact that rainwater coming from the roof through a downspout is allowed to flow directly next to the building. Water from the roof must be drained farther away from the building in a controlled manner. According to the current guidelines, the water should be drained at least three metres away from the building. In an older building, the drainage can also be carried out with surface water gutters if you do not want to dig an underground pipeline system.

The importance of rainwater drain control is emphasised if structures posing a risk have been detected at the site. For example, a false plinth combined with an inadequate rainwater drain system will usually cause humidity damage at the bottom of the exterior wall at some point. Cleaning the gullies below the gutters and downspouts is the most important maintenance action of the rainwater drain system.

The text was originally published here. 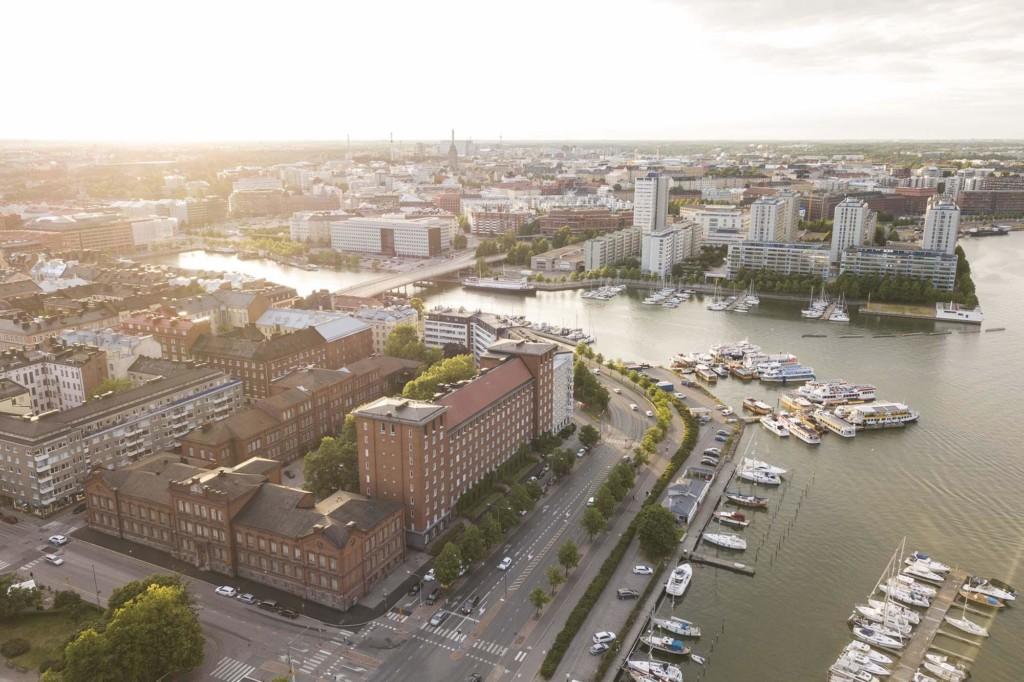 What does carbon footprint analysis mean and how do you perform it? 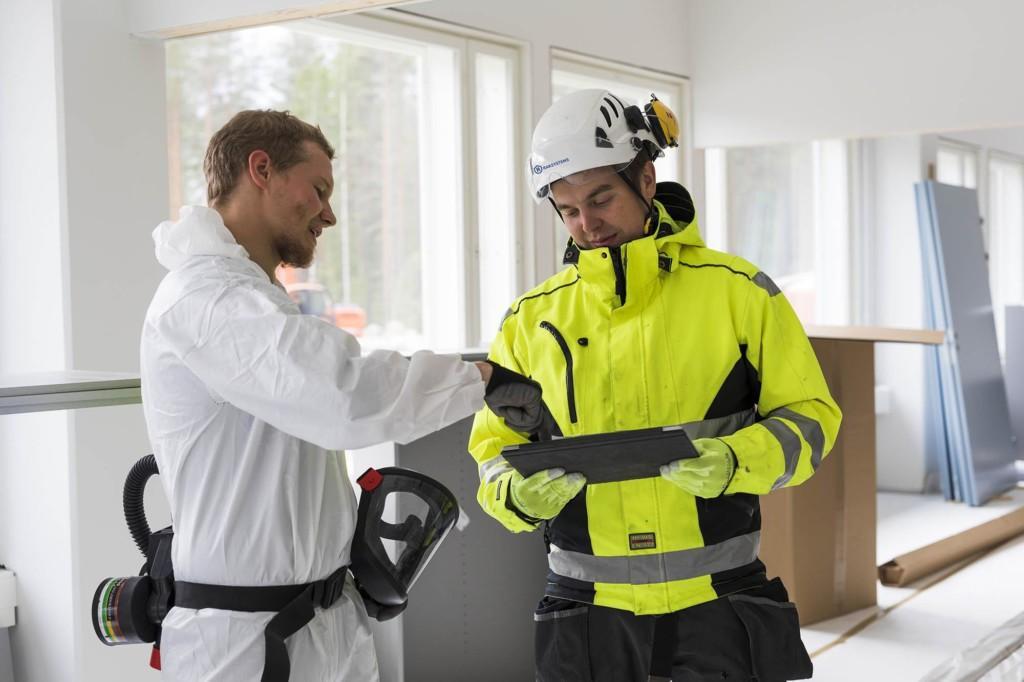